The scientists are often in the climate-change spotlight; the artists and humanities scholars less so.

How do I know?

Because the scientists are (incredibly) being forced to defend themselves, and must divert critical time and energy to that fight rather than the solution. The arts and humanities can help hold and advance the line if they choose to blend facts with human connection in ways that raise awareness and call viewers to action. This is what we do:

Great museum work fosters empathy, curiosity and creativity that enables humans to understand challenges and to be moved to overcome them in ways that expand well-being for everything around us. (PIC Green authors, Curator: The Museum Journal)

Conal McCarthy, in his concluding commentary in The Future of Natural History Museums, wrote of the need to bring the ‘two cultures’ of science and arts-and-humanities together.

Integrated, these disciplines can change the world as we know it. Let’s expand our use of integrated approaches to share the myriad ways these issues touch visitors, policy-makers, business people and passers-by, and how they, the humans, can affect these issues and create change.

Let’s make the invisible visible in ways that call people to new levels awareness, action, and empathy for at least more, if not all, of the world around them. The sciences do that, and so can the arts and humanities, and in particularly valuable ways.

Currently the most frequent instances of non-science museum calls to action are activist interventions at major art and natural history museums challenging connections to fossil fuel investments; or art installations highlighting threats to biodiversity, or creative approaches to the discussion of sea level rise.  I have been collecting examples of some of the other ways some use integrated approaches to creatively, and broadly, share the urgency of the message.

Students, using art and history and poetry created We Are the Ocean, at Seattle’s Wing Luke Museum of the Asian Pacific Experience (2017). Students from Hawai’i expressed their experience of humans moving away from an understanding of and respect for the environment and climate. Tiare Kalelopono writes about personal change, and how now the phrase “When you plant Taro, you are planting yourself,” part of an ancient chant, is part of a new understanding and re-valuing the indigenous ways for sustaining the community that are spiritual, physical, and environmental.

Many of the students wrote about their relationship to the ocean, and how they can see the detritus of the world washing up on their shores. It is powerful to read their words while standing under a mass of plastic as if you are in the ocean looking up to the surface – a whale’s eye-view of what we’ve done.

The National Endowment for the Arts and the Henry Luce Foundation supported a developing student project at Princeton University called Nature’s Nation: American Art and Environment. It is a truly inter-disciplinary exhibit using environmental and cultural history, art, and life cycle assessment (LCA) for an ecocritical look at American art.

Using the interpretive insights of interdisciplinary scholarship in ecocriticism, Nature’s Nation shows that works of art of all mediums and genres (not just landscape painting) have something to teach us about environmental history and perception by virtue of their materials, techniques, subjects, and contexts of creation.

The exhibit will have a catalog (with an LCA of the catalog and some items in the exhibit), an online portion, and a traveling physical component.

The Northwest Passage: Myth, Environment, and Resources at the Environment & Society portal is a marvelous example of an integrated humanities approach to understanding our relationship with the Arctic environment. The site summary describes it this way: “This exhibition tells the story of the Northwest Passage from the pursuit of a myth to the exploitation of natural resources. Historian Elena Baldassarri takes readers on a multimedia tour of the Arctic, featuring interactive maps, photographs, videos, and interviews with experts, scholars, and elders of Cambridge Bay, Nunavut, Canada.”

What do you know about the role of the access to the Arctic, and the positioning of radar and weather stations in an international domain? Who still remembers what pre-pipeline Alaska was like? How have the indigenous groups there had to adapt to waves of exploration and exploitation, and how do they continue to do so during Climate Change?

The story is hugely important. It can touch some learners in ways science would not, while the story it tells is strengthen by the integration of science.

The trick with all of these is to reach this exhibit into public consciousness. There is no one way to do that. In the absence of a better approach, I endorse saturation.

That means making the invisible visible, because public interaction isn’t only what we see. The invisibles of energy and water, food and waste, information and business all have a public interaction component. We are in an ecosystem – nothing is isolated. How do we show the connections to make sure everyone is aware and responding?  That will be the fun of our future work.

Consider Watershed+, a public art project of the City of Calgary, five years underway. It is a stunningly marvelous project using creativity to bring water sources and water infrastructure into public consciousness. From fire hydrant drinking fountains to water pumping (lifting) stations, the format and the programs were designed using an integrated approach.

This collaborative approach involved first, establishing and then, building upon the overlapping knowledge and expertise of arts practice, architecture, design, geography and water engineering – within the unique context provided by the Calgary watershed.

That is integrated work. It is also success.

Here’s what the leader of engineering for Calgary had to say about the importance of the project:

Art has a gigantic role to play in helping create the dialogue. It is such a unique thing, we’ve got a city of a million people down-stream of what is primarily pristine watershed. How to value that, how to balance that against the municipal function and the human needs that we do have. How to work with that.

The book on the project has a concluding note

At its core, Watershed+ is about people. The very process of embedding artists in the business [government] offers the City an opportunity to foster conversations – with staff, citizens, stakeholders, Subject Matter Experts and artists …

These conversations matter. And when the artists, humanists, and scientists work together, we bring up the spotlights in the best way. 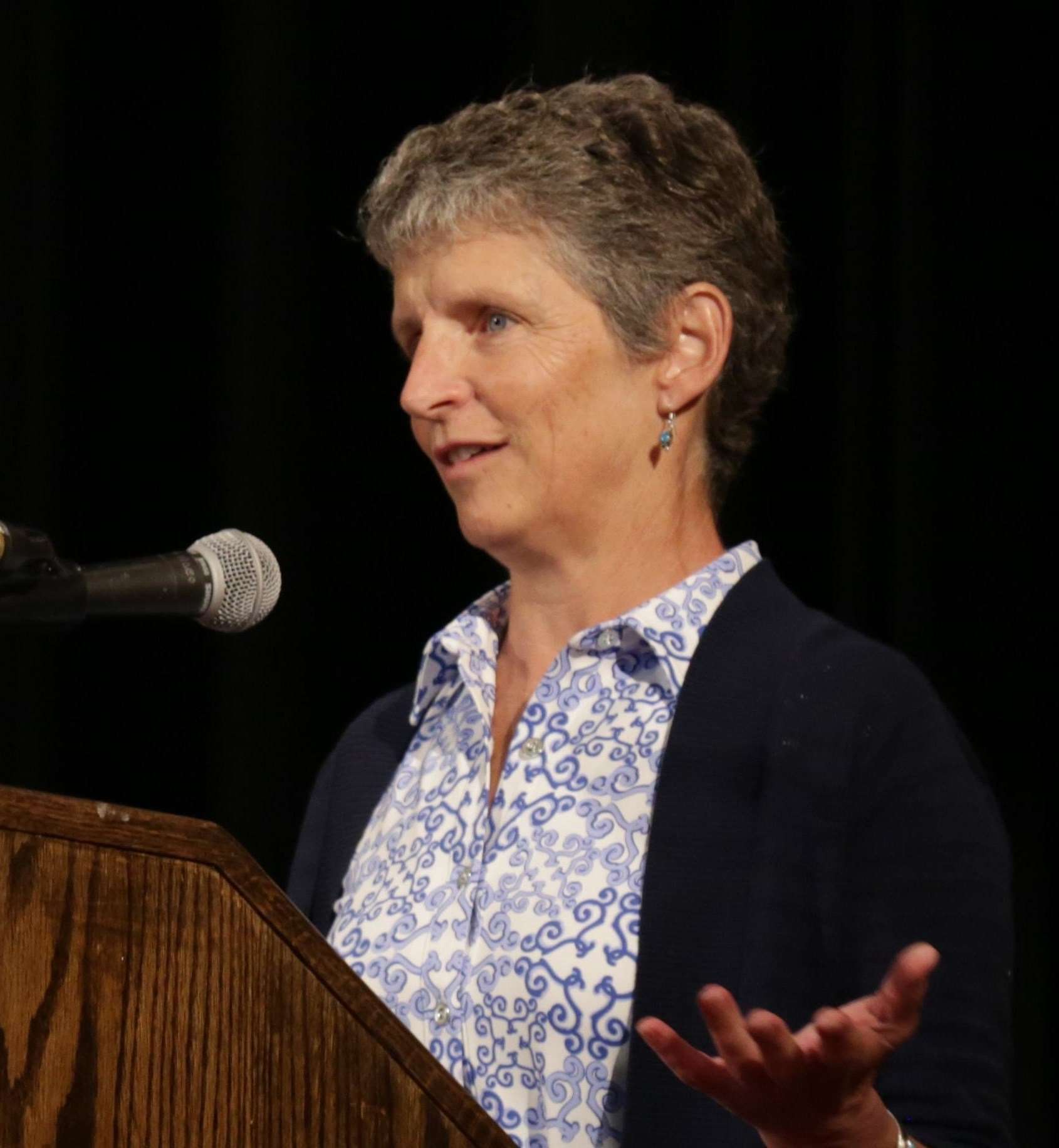 Sarah Sutton is the principal of Sustainable Museums, a worldwide consultancy for museums, zoos, gardens, and historic sites addressing environmental sustainability and climate response. She is the originator of #museumsforparis, a movement to align zoos, gardens, sites, and museums with the Paris Agreement. She is also the author of Environmental Sustainability at Historic Sites and Museums, and co-author with Elizabeth Wylie of both editions of The Green Museum, a Primer on Environmental Practice. You can find her using @greenmuseum on Twitter, and using “sustainable museums” on Facebook, and the Web.