Anthropocene is an art exhibition at the Art Gallery of Ontario (Toronto) that features the photographs, film installations, and augmented reality installations of Edward Burtynsky, Jennifer Baichwal, and Nicholas de Pencier. The exhibit seeks to showcase human impact on our planet. In the following dialogue, Lana and Camille discuss their first impressions and take-aways.

Camille:  From the start of the exhibition, what stood out the most for me was the use of such words as “we”, and “our” in both artist quotes and interpretive texts…

This led me to question, “Who is ‘we’?”, and “Whose consciousness is in need of shifting?” Most importantly, why is there no engagement with Indigenous people and knowledge in this exhibition? For example, one interpretive text mentions the exploitation of resources as fueling “our Western lifestyles.” One can think of many communities that might take offense to this framing of human beings as collectively responsible for environmental degradation and climate change. The lack of Indigenous voices in the exhibition indeed seems quite separated from the AGO’s recent efforts to decolonize their practices (e.g. the hiring of Anishinaabe curator Wanda Nanibush and the re-naming of the Indigenous and Canadian Art gallery).

Specifically, this had me thinking of the concept of the anthropocene, and how some perspectives might be excluded from that narrative. Can you expand on that?

Lana: The exhibition’s introduction does mention, without elaboration, that the anthropocene is a proposed epoch. I think words like “we”, “our”, or even “human” stand out for their assumption of a collective upon which liability can be placed–an assumption that the anthropocene concept relies on. The power of museums to legitimize such a concept risks the erasure of issues that precede the Industrial Revolution. As museums exercise power as stewards of knowledge, the pressure to create interpretive arms also increases.

The problem you mention may come down to the idea of art as a means for “shifting consciousness” around environmental issues; this kind of rhetoric suggests that, as a presumed collective, every worldview needs to change for a greater good. If the goal is to create move avenues for activism through museums, the fact that these assumptions are not absent from literature on museums and the environment, nor conversations within the Coalition of Museums for Climate Justice, needs to be brought up explicitly.

We’ve had the term “environmental exhibition” floating around this discussion. What does it mean to call this exhibition “environmental” and how does this speak to audience expectations?

Camille: This exhibition is first and foremost an art exhibition. In my opinion, the tension between it being an “art exhibition” or an “environmental exhibition” comes not only from the medium of the works in the show — photography and videography typically feeling documentative or objective — but the AGO’s interpretation. Visitors are given a definition of the anthropocene, shown augmented reality installations and extended labels about specific extractive industries and impact, and offered suggestions on how best to reduce their carbon footprint. In this way, the line between art and science is blurred — and this is not a bad thing!

But it leaves me pondering why the AGO is promoting a scientific narrative in this specific exhibition, rather than focusing on artists’ biographies or visual analyses (present in many other AGO exhibitions). The seeming objectivity of the medium and the supporting interpretive strategies tend to frame the artists as experts on the subject matter.

Given what was mentioned earlier about the variety of knowledges related to the anthropocene…do we really need Canadian museums to showcase more settler perspectives on the environment?

Lana: The potential of museums as a space for bringing together the traditionally disparate fields of art and science has now, more than ever, become provocative territory. For this exhibition, however, I wonder whether there was a critical discussion around the tendency to implement the arts to illustrate scientific concepts, rather than question them. The interpretive framework for the exhibition seemed to convey a burdensome obligation–rather than a full commitment–to educate the public, possibly bringing the artwork into an illustrative realm. It remains unclear whether the AGO intended to align itself with the artists’ positionality.

On the topic of medium, however, there is something extremely sensory about the audio of Jennifer Baichwal and Nicholas de Pencier’s moving images. The sounds of burning, churning, crunching and cracking… these elements are arguably more immersive than the augmented reality components of the exhibition.

The experience leaves me hungry for more context on artistic intent: What role does photography and video play in the realm of ecological and landscape art? How do the artists leverage their choice of medium to communicate their viewpoints or put questions in the mind of the visitor?

This amazing story is brought up in artist interviews, but remains noticeably absent in the exhibition’s interpretive framework.

Camille: Many of the elements of this exhibition are indeed unclear — or inconsistent, rather. As museum scholars and practitioners, we know that exhibitions are often “messy” products of various negotiations, interests, and pressures. I found this common messiness to be hyper visible in Anthropocene. For example, the works in the exhibition are quite international in scope. Although this is a Canadian-initiated project (in terms of artists, curators, and institution), only 4 out of the 50 works depict a Canadian location. Over half of the works actually show locations in the United States or African nations. In contrast with this immense geographical scope, the final room in the exhibition, as visitors exit, tries to bring it all back to “the local”, and encourages visitors to think of what they can do at an individual level. For example, a panel asks, “How can I reduce my carbon footprint?” and another offers a link to the AGO’s eco-friendly initiatives.

We are often told that one of the strategies to curb climate change involves a focus on local practices and initiatives…I was left wondering why not more works portrayed Canadian extraction projects, such as the Alberta tar sands.

The exhibition also seems to negotiate its “accusations”. For example, the artists are quoted as claiming to be revelatory rather than accusatory, but one of the extended labels is clear about the oil industry being a major factor in increasing CO2 emissions.

Lana: The final room carries a lot of contested tropes about environmental activism and individual burden within an assumed collective. Elements like the Bloomberg Carbon Clock, for instance, can come across as fear-mongering if presented without more holistic context. It’s not a surprise that the neighbouring interactive survey–limited in its response options–listed “worried” as its highest visitor reaction.

Regardless of the exhibition’s textual framing, we cannot underestimate the agency of an individual visitor to interpret the artwork for themselves. However, if a museum chooses to exercise a degree of control over the narrative, there are ways to do so without reframing artistic intent or overlooking the value of diverse individual experience and worldviews that visitors have on the topic of the anthropocene–whether or not their ways of knowing align with the semantics of the proposed epoch.

This would require a more nuanced question than the one the exhibition culminates in: “How do you feel?” 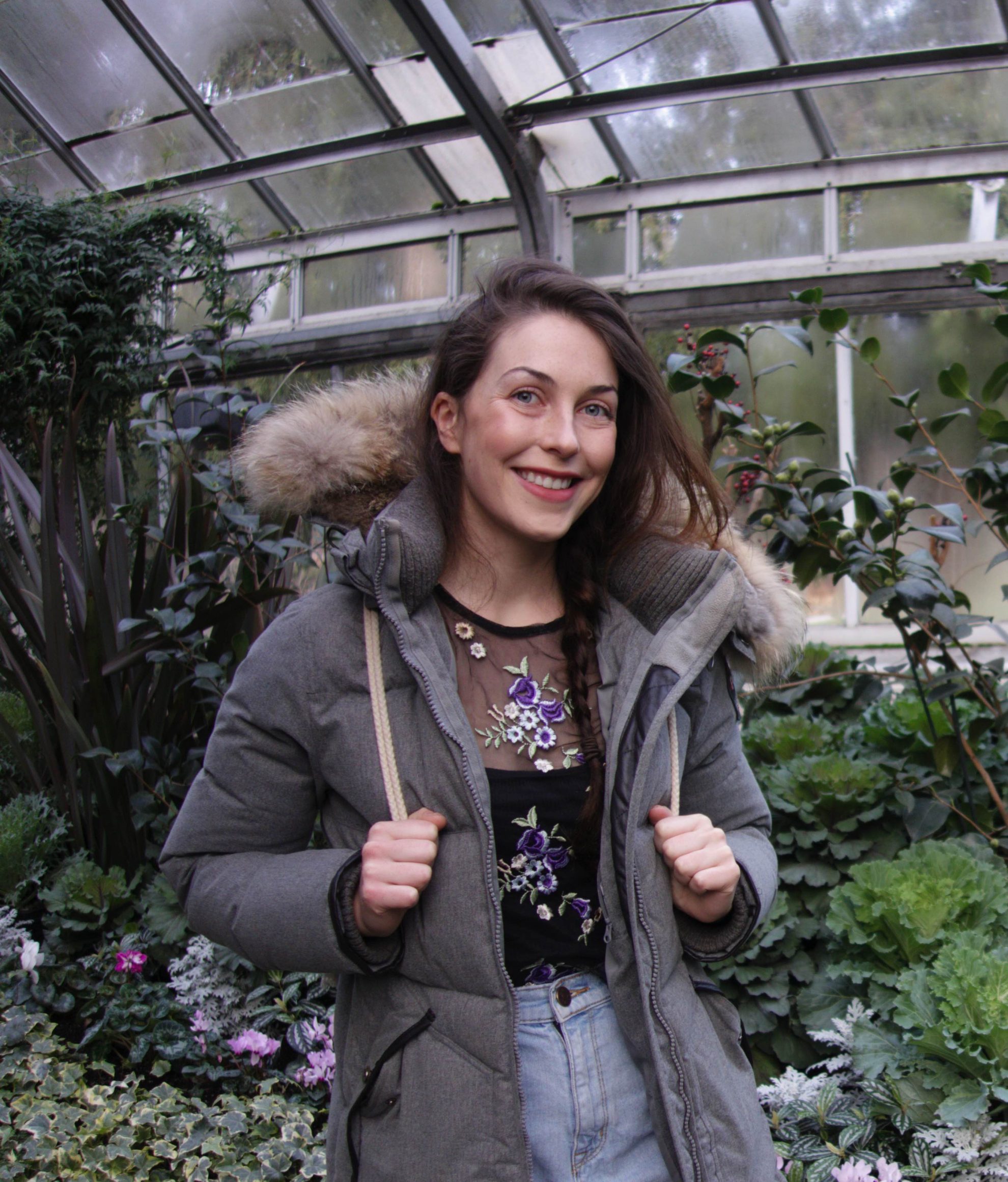 Camille-Mary Sharp is a third-year Ph.D. student at the Faculty of Information, University of Toronto. Bridging the fields of museum studies and political economy, her research seeks to reframe discussions surrounding museum decolonization to include funding models — and oil sponsorship in particular. Contact her here. 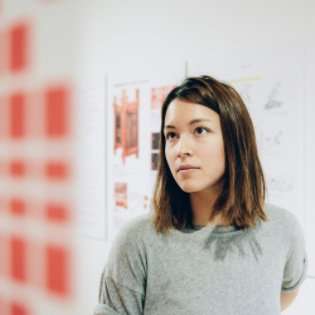 Lana Tran is a second year Master of Museum Studies student at the University of Toronto. After completing her undergraduate research in palaeontology at the Royal Ontario Museum, Lana re-contextualised her museum practice with the artist-run community centre 3331 Arts Chiyoda (Tokyo), where she oversaw cultural exchange programs and exhibitions. Lana’s current research brings together the fields of contemporary art and sustainability thought in describing emerging museum practices from Japan.

The Case for Cutting Museum Ties to Big Oil