Today’s Guest Post is by Tyler J Stewart an independent curator, writer and consultant based in Lethbridge, Alberta, Canada.

If it’s the end of the world, we might as well throw a party!

So much of our current discourse around climate change and the ongoing destruction of the environment is mired in bleak rhetoric. An “us versus them” mentality, and the struggle against the tyrannies of capitalist structures that perpetuate pollution is enough to make any ethically-minded person exhausted.

The desire to actually do something about our current state of affairs can be thwarted by the overwhelming doom and gloom that puts despair, rather than hope, at the focus of environmental activism.

Lethbridge-based artist Arianna Richardson has sought to bring some sparkle to these monumentally important issues, engaging people through absurd interactions with public art interventions and performances. Assuming the pseudonym of The Hobbyist, Richardson’s recent Plastic Party and Garbage Party performances use labour, process, and conversation as their medium to bring her artistic practice to the people at events such as Lumière Art Festival (Sydney, NS), the Yellow Fish Durational Performance Art Festival (Seattle, WA) and an ambitious two-week long public performance this September in her southern Alberta hometown.

Using hobby-craft techniques to work through an investigation of ubiquitous consumption, gendered labour, waste, excess, and spectacle, her performances take shape with the artist dressed like the most dazzling janitor you’ll ever see tidying the streets – replete in a head-to-toe golden glitter jumpsuit. In her alter-ego personality of The Hobbyist, she scours the area for waste, depositing bits of trash into her handcrafted Hobbyist Brand Plastic Party Receptacles, then documenting and categorizing each piece for later analysis. 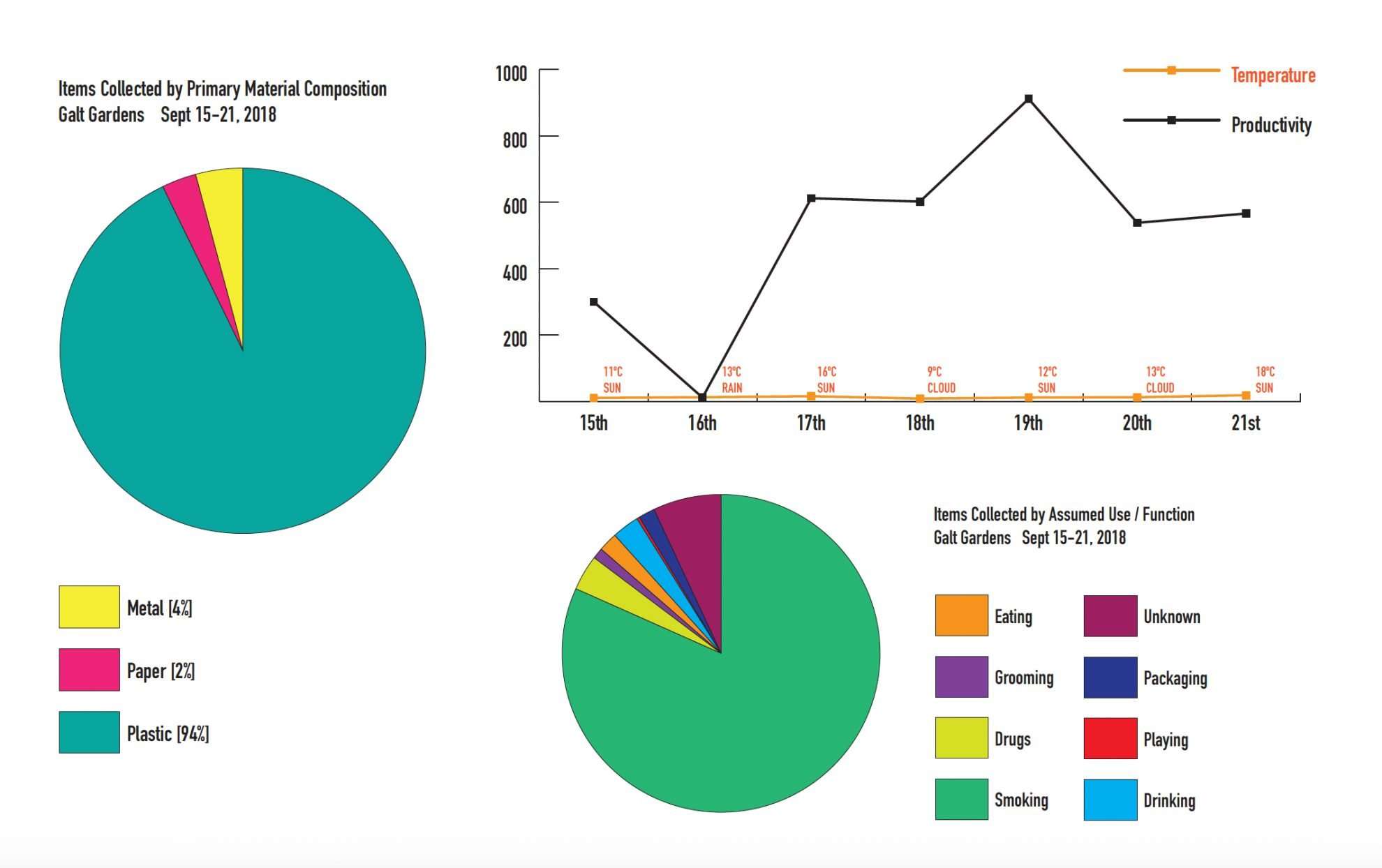 It is through these actions that she engages passers-by in what are usually light-hearted conversations at first, being an absurdly approachable character in costume – much like the techniques marketers use to thrill consumers into purchasing the same disposable products she salvages from the streets.

Never confrontational, Richardson’s tactic is to generate deeper contemplation in those she engages with, to consider things on an individual level and how we might see different results by changing our daily actions as consumers. She is also unafraid to implicate herself, with past works such as the Collect-O-Cube featuring one year’s worth of plastic packaging materials that have passed through her studio and home. Each scrap of plastic has been lovingly washed, dried and preserved in a transparent cubic container, illuminating her own personal impact. Her Hobbyist Brand Trash Chairs act in a similar way, proposing a world where we live with our waste as it accumulates around us, requiring a more personalized experience with recycling as a daily consequence of consumption.

Richardson’s work also provokes a consideration of the way we curate our sense-of-self through our purchases. The Hobbyist identity that she adopts for these artistic projects acts as an identifiable brand, parodying the mass-market aesthetic to turn her artwork into covetable products, examining her own relationship to capitalist culture in the process.

Yet she is also willing to turn these ideas on their head through “craft kit” versions of works such as the Hobbyist Brand Garbage Can Cozy or Collect-o-Cube Instruction Manuals, to challenge entrenched modernist conceptions of the primacy of the artist and allow others to exercise their own agency and creativity.

In our daily use of consumer materials, we are able to disassociate ourselves from its origins. Richardson’s work implicates us in the process of its end-life, where we must consider the consequences of our actions. But rather than doing so in a blameful manner, she uses kitsch, craft and confetti to disarm the seriousness of her subject and engage viewers in meaningful discussion.

Where capitalism seeks to dazzle us into spending, Richardson uses these same strategies to dazzle viewers into contemplation rather than consumption, provoking us to explore how individual actions might have real effects in the age of the Anthropocene. 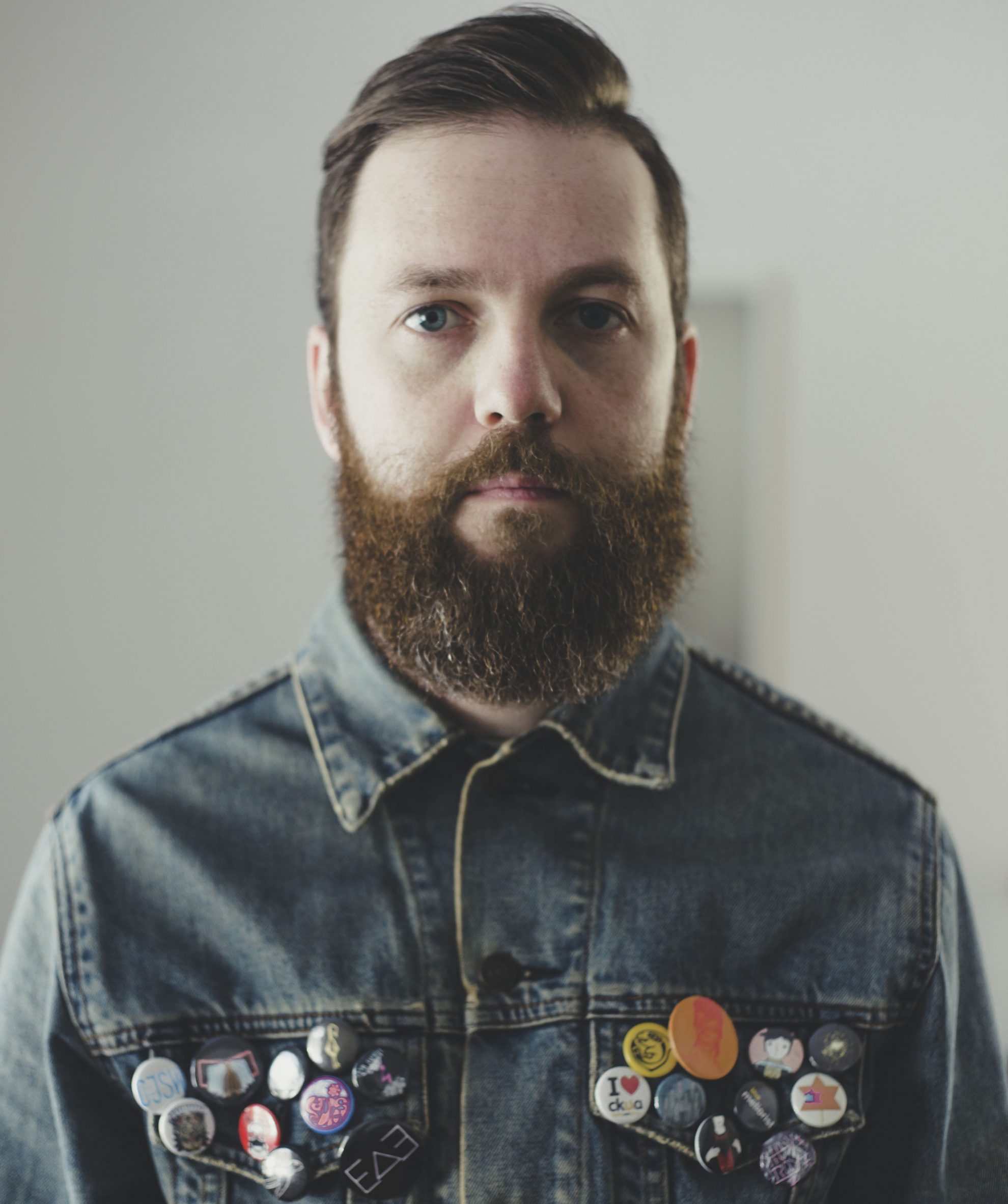 Tyler J Stewart is an independent curator, writer and consultant based in Lethbridge, Alberta. Working across sectors from music to museums to magazines, he is interested in fostering multi-disciplinary collaboration to inspire new events and experiences that encourage participation, and are meaningful to the communities from which they originate. Learn more about his work at www.teestewww.com

Better together: the potential of partnerships