Like museums, universities are public institutions challenged to respond to the complex issues of climate change and environmental injustice.  As in museums, too, this response is proceeding on at least two fronts:

At Mount Allison University, for example, the aging Gairdner Building has been upgraded to sustainable-design standards and repurposed to house wet labs for a Centre for Environmental Innovation.

These labs in turn will support the re-invented Department of Geography and Environment that now offers both Science and Social Science streams, the latter including course options in Philosophy (Environmental Ethics), and English (Literature and the Natural World).  Such changes epitomize the pressure on all disciplines (and all areas of cultural life) to re-think practices and programs, and to forge new interdisciplinary links to respond appropriately to a multi-dimensional crisis.

Literary studies is no exception.  In Mount Allison’s Department of English where I work, the process of adjusting our curriculum and shifting our research priorities has led to a unique interdisciplinary collaboration with our newest local museum, the Joggins Fossil Centre at the UNESCO Heritage site on the Bay of Fundy.

English Departments are like museums in that their foundational mandate is to conserve, curate, and offer a public interpretation of an ever-growing “collection,” which in our case comprises the great literary works of the past.  The traditional approach of structuring curricula historically around “periods,” however, is being gradually displaced by more selective, thematic course offerings, such as our new course “Literature and the Natural World.”  In this format, individual faculty can adjust the focus historically or thematically according to evolving contexts.  Thus the first iteration of this course explored changing literary representations of the environment from the Middle Ages to the 19th century, while the next year I taught the course under the subtitle “Ecopoetics” to introduce students to an emergent area of literary theory that had become the focus of my research program.

Research programs also evolve with the times: in my case, rather abruptly.  There came a moment for me during the so-called “Great Recession” when traditional archival research seemed to me insufficiently responsive to the existential threat of climate change, so I decided to regard my research program as an opportunity to align professional practice with the urge to take meaningful action.  This involved immersing myself in the new fields of “ecocriticism” and “ecopoetics” that have managed to stir controversy for the risk they take in openly aligning academic work with activism.  The Association for the Study of Literature and Environment, for example, has developed a grant program in support of groups working for climate justice in the urban centres that host its biennial convention.  My own research goal is to create a fresh, publicly accessible “manifesto” for ecopoetry that asserts its value as a crucial dimension of our larger cultural response to climate change.

After all, an ecopoem, like a well-designed museum gallery, has the power to curate images in such a way as to make the facts of climate change felt, personally, emotionally, motivationally.

This analogy was one of many insights gleaned this past summer by Alix Main, a Mount Allison English and Geography student pursuing a summer research internship at the Joggins Fossil Centre in nearby Nova Scotia.  Her work there was made possible by the unique collaboration forged by Dr. Janine Rogers, our Department’s Medievalist, with Dr. Melissa Grey, the Joggins Curator of Palaeontology.  Rogers’s own research explores connections between literature and science, including the way Medieval manuscript practices laid the groundwork for Renaissance “Cabinets of Curiosities,” which in turn influenced the formal design of 19th-century Natural Science museums.

Working with Dr. Grey, she helped create the special Joggins gallery “A Carboniferous Cabinet of Wonders” that “explores the relationships between fossils, energy, extinction, and our ecological future.”  These relationships were also the premise behind Alix Main’s internship, which she took in the direction of narrative to examine the parallels between ecofiction and museum curation.  Her funding included an out-trip to tour the Royal Ontario Museum, the Redpath Museum, and the Canadian Museum of Nature, where she hooked up with Mount Allison alumna Tara Conroy, a senior science interpreter there.  Based on this experience, Alix developed a children’s Day Camp program at Joggins and (among other research outcomes) the blog “Lending Language: Giving Voice to a Changing Climate.”

These are just some of the ways universities and museums are forging connections to face the changes that are upon us.  In an era when presenting scientific facts has become a political act, it takes courage to address such volatile, urgent issues in a manner that educates without coercing.  As Alix Main reminds us,

the best poets and curators aim to “show” rather than “tell,” skillfully curating images to create interactive experiences that ask visitors to build their own narratives and draw their own motivational conclusions. 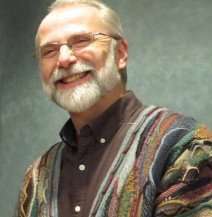 Robert Lapp is Professor of English Literature at Mount Allison University. Winner of a 3M National Teaching Fellowship, he teaches a range of courses on 18th- and 19th-century literature and ecological approaches to literary criticism. His current research focuses on ecopoetics and representations of the environment in Romantic and neo-Romantic poetry.

Heritage and Sustainability Unite at the Potato House [Case Study]

What’s Next for the Coalition? Capitalizing on Momentum to Create Action