Guest Post by Naomi Grattan. Naomi teaches museum management for the University of Calgary and the Alberta Museums Association. 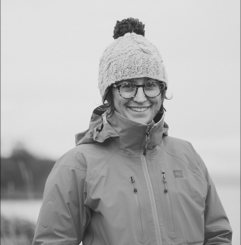 The concept of activist museums emerged as one of the strongest themes at MuseumNext, 2016, a global conference on the future of museums. Created in 2009, according to its founder Jim Richardson, “MuseumNext came out the shifting technological landscape of the first decade of the 21st century. Digital media was [sic] transforming society and shifting audience expectations and we saw that museums needed to embrace change, or risk extinction” (MuseumNext, 2016, section 1). He explained that

delegates are interested in the power that cultural institutions have to inform the public about challenging issues, how museums add to the political power of a city and how we can ensure that culture is open to all (MuseumNext, 2016, section 7).

A move to an activist position is almost a complete reversal of the traditional museum model in which an institutional voice of authority was held up as the ideal (Anderson, 2012, p. 3). Janes (2009) described this as “authoritative neutrality” (p. 59) and exposed the fallacy at the heart of it: when museums avoid taking risks because they might antagonize sponsors or corporate partners, they are, in effect taking a position in line with corporate values and beliefs, and is therefore not neutral.

Janes (2009) went on to acknowledge that moving beyond the so-called “neutral” position “requires judgement and risk-taking, and the potential for both enhancing the public good, or abusing it, lie dormant in every opportunity” (p. 59). In other words, it is impossible to take a neutral position when presenting topics and objects to the public, so transparency, clear values and careful planning become critical. An activist model is a direct way to align with a specific sector or community, by taking a clear stand on an issue and actively working with community towards a shared outcome. Read more from Janes in his blog post The Elephant in the Room.

reframe the past to save the future . . . [by] partnering with museums to develop programs that help make the subjects of science and natural history more relevant to the day to day lives of the communities they serve . . .[its] programs pick up where traditional exhibits leave off, by connecting static displays to pressing contemporary concerns and world events. (Natural History Museum, n.d., About)

The rise of activist museums intersects with the rise of other activist groups also focused on museums, such as Liberate Tate, which calls specifically on the U.K.’s Tate Museum  to take a leadership role in society on the global issue of climate change by abandoning its sponsorship support from the oil company British Petroleum (BP).

There are many models for the ways in which museums can become more connected to community—whether through community building, co-creation, participation, or activism—but the theme is clear: museums must operate in relationship to the world in which they exist.

Natural History Museum, the. (n.d.). About. Retrieved from http://thenaturalhistorymuseum.org/about/

Natural History Museum, the. (2015, March 24). An open letter to museums from members of the scientific community. Retrieved from http://thenaturalhistorymuseum.org/open-letter-to-museums-from-scientists/

Yuhas, A. (2016, January 21). David Koch steps down from board of New York science museum. The Guardian. Retrieved from https://www.theguardian.com/us-news/2016/jan/21/david-koch-american-museum-of-natural-history-climate-change-fossil-fuel-money

*Naomi Grattan has worked in and around museums for most of the last 17 years, sontributing to four cultural capital projects, and recently completing her MA in Leadership at Royal Roads University, which focused on museum leadership development for the sector in partnership with the Canadian Museums Association.  Her thesis is available online here. She teaches museum management for the University of Calgary and the Alberta Museums Association. You can reach her at: ngrattan@gmail.com

“No country better symbolizes the paradoxes of the age” – Canada, Climate Change & 350.org